Gary Su and Jon Batiste were able to bring people together with their biggest passion:music. The two organized a peaceful protest in New York City, leading with love, compassion and unity. The protesters were able to use music and art as a vessel to spread the message of Black Lives Matter and effectively bring attention to the movement. The protest was led by a musician, Jon Batiste who played music while people cheered and danced in the streets of New York. He was able to provide a platform for talented dancers and musicians to share their message through art, while approaching a serious matter with something so beautiful and real. We are excited to share an interview with Gary Su, the co-organizer of the protest and an artist representer, while also a long time friend of Jon’s. He shares his perspective on the movement and how one can find compassion, use their voice and pursue towards a cause that is in support of fellow men and women.

1.Tell us a little bit about yourself?

I have lived in NYC for about 20 years. Most people refer to me as SuGary because it’s actually my full name in reverse order and since I’m in the entertainment industry it seems to work well for me. I’ve been in artist representation for over a decade and worked with various artists from a lot of different genres. One of my first artists was Jon Batiste, which is why we have the close friendship we have now. Currently I represent a group called Running Lights, a pop band based in NY.

2.When was the first time you decided to use your voice for change? How did you find the courage?

Because I work in the entertainment industry, you tend to find yourself surrounded by a lot of superficiality and vanity. To balance that, I’ve always tried to lead my actions through things I strongly believe in, starting with the artists I represent. People often ask me how I select the artists I represent? Do I look for the fact that they have a social media following or do they already have some degree of success? And I always say I choose based on my heart and what feels right. That’s how I first got broke into my industry and how I first discovered Jon for myself. Along the way I’ve come to appreciate the impact that music has on people, that’s why I’ve become a strong advocate for using the arts as a way to bring communities together. That’s an important ideal but especially during these times. When we’re not in the midst of a pandemic I almost always work hard to set up and organize events that use music, art and culture as a vehicle to nurture the concept of community. These elements tie in deeply with the BLM movement because right now our nation is in turmoil. There are gross injustices happening and it’s a very hurtful, painful time which will tend to ignite a lot of passions. I have always viewed the arts as a way to bring people together in a positive light and guide those passions towards positive change. So when Jon gave me a call and asked me to help him organize a peaceful protest and love riot, I just knew it would be an opportunity to make sure we could introduce a different kind of vibe and have a protest led with empathy and compassion to complement the anger, fear, anxiety and frustration that already exists.  This would be a different way to address the same issue that would hopefully inspire others to come on board and support one of the most crucial issues of our nation.

3.What are some best ways to get involved in The Black Lives Matter Movement if you can’t attend protests?

I reached out to people to draw a crowd for this protest and of course there were legitimate reservations and rightly so. We are in a pandemic, there are people with children, sheltering with the elderly, that are at risk themselves. So, it was completely understandable if they couldn’t make it. But people can still do many things: write to their elected officials, petition vigorously to have change and lend their voice. They can donate to a lot of different causes supporting the movement. There’s so much literature and content with which they can educate themselves better. Without education, you’re navigating a rather complex time with no real compass, so that ends up being crucial. So if we’re proactive in our involvement at whatever level, collectively we can make a real difference.

4.Where do you see the BLM movement going?

It’s difficult to say, but my hope for it is that these demonstrations will continue and that pressure will build to enough of a level that will really promote some true systemic change. We are already seeing elements of that change, there are some states already reviewing their policing policies and procedures and some states and cities are trying to re-imagine what policing would be like under a more equitable foundation of justice. I would hope it would lead to new legislation. We’re also not far from the next election and even closer to county and state elections in many parts of the country. So I do feel this continuance of the BLM movement will produce elected officials that are not only cognizant of the issue but compassionate about the key issues surrounding the movement with real intent on making sure they are advancing positive change that will last for generations.

5.How can we keep the movement going in the future? How can we make sure that people don’t forget and keep pursuing the movement?

I think the efforts of the collective will ultimately be what decides how well the movement sustains. But in order for us to get to the collective, it starts with the individual.  Continuing to make ourselves aware of the situation and educating ourselves is the key. Because if you don’t understand what’s  going on, then your ignorance is going to prevent you from being able to have empathy towards the plight of others.  The thing we need most right now is that we need to be able to feel one another and to have a greater perspective that extends beyond our personal space as an individual. This is about compassion for one another. 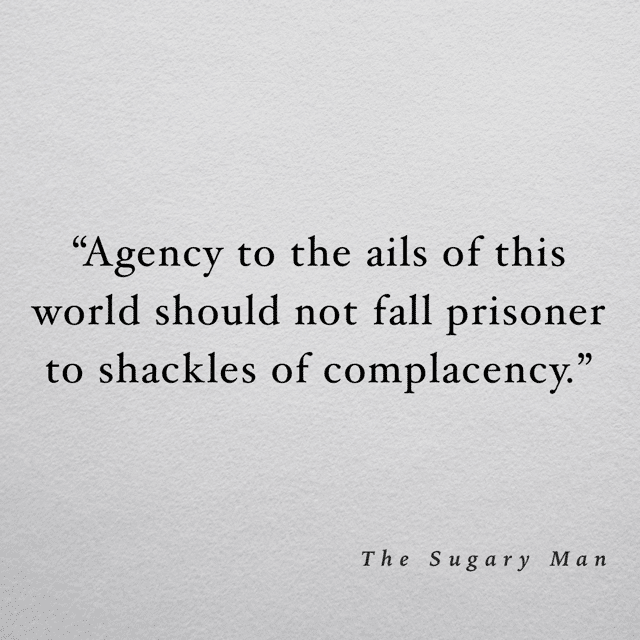 Agency to the ails of this world should not fall prisoner to the shackles of complacency. You can’t live in this time and turn a blind eye to anything that doesn’t serve you personally. There are too many things happening in this world that are truly in need of help and support. Pick any cause you are passionate or feel strongly about and give it your love and support. That’s the only way we can manage to create some kind of a better world for not just ourselves but for our children and fellow man.